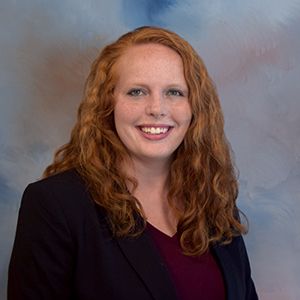 Carter has more than a decade of banking experience, beginning her career in 2011 with Great Southern Bank in Nixa as a teller. In 2014 she was promoted to personal banker and then assistant manager with Great Southern in Springfield before returning to Nixa in 2015 as banking center manager. In 2018 she was promoted to banking center manager assistant regional until joining Guaranty.

“We are thrilled to have Alesia as part of our retail banking leadership team,” said Stephanie Rutledge, director of consumer sales and customer experience. “Her knowledge and expertise will be instrumental as we strive to meet the banking needs of new and existing customers. We’re excited to see what new heights she can help Guaranty achieve.”

Carter will office at the bank’s 2155 W. Republic Road banking center, where she will help lead three west-Springfield locations as well as two banking centers in Nixa. She holds a Bachelor of Science degree in finance from Missouri State University. She is also actively involved in the Nixa Area Chamber of Commerce and the United Way of the Ozarks.